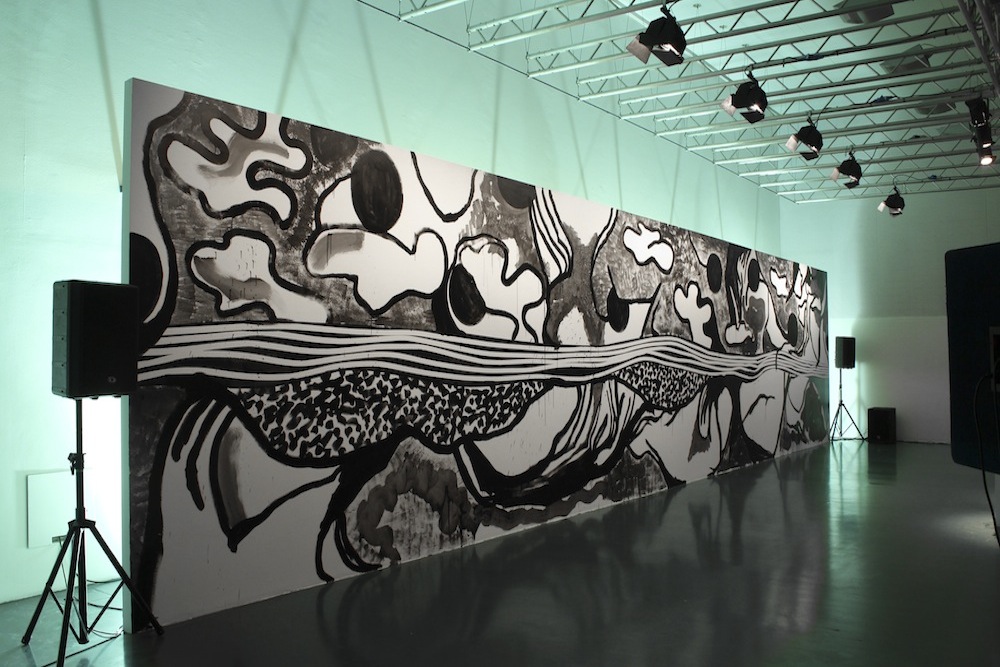 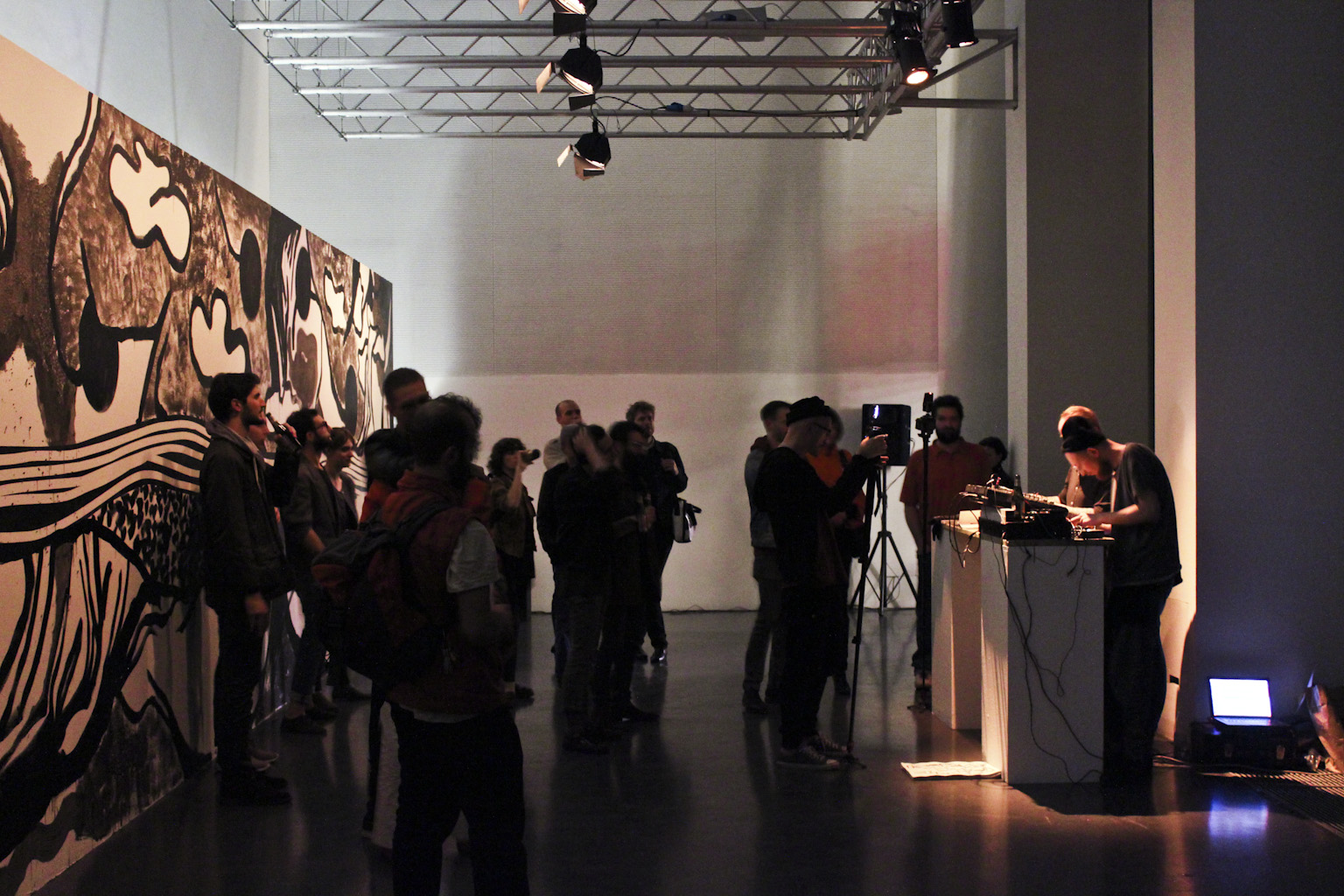 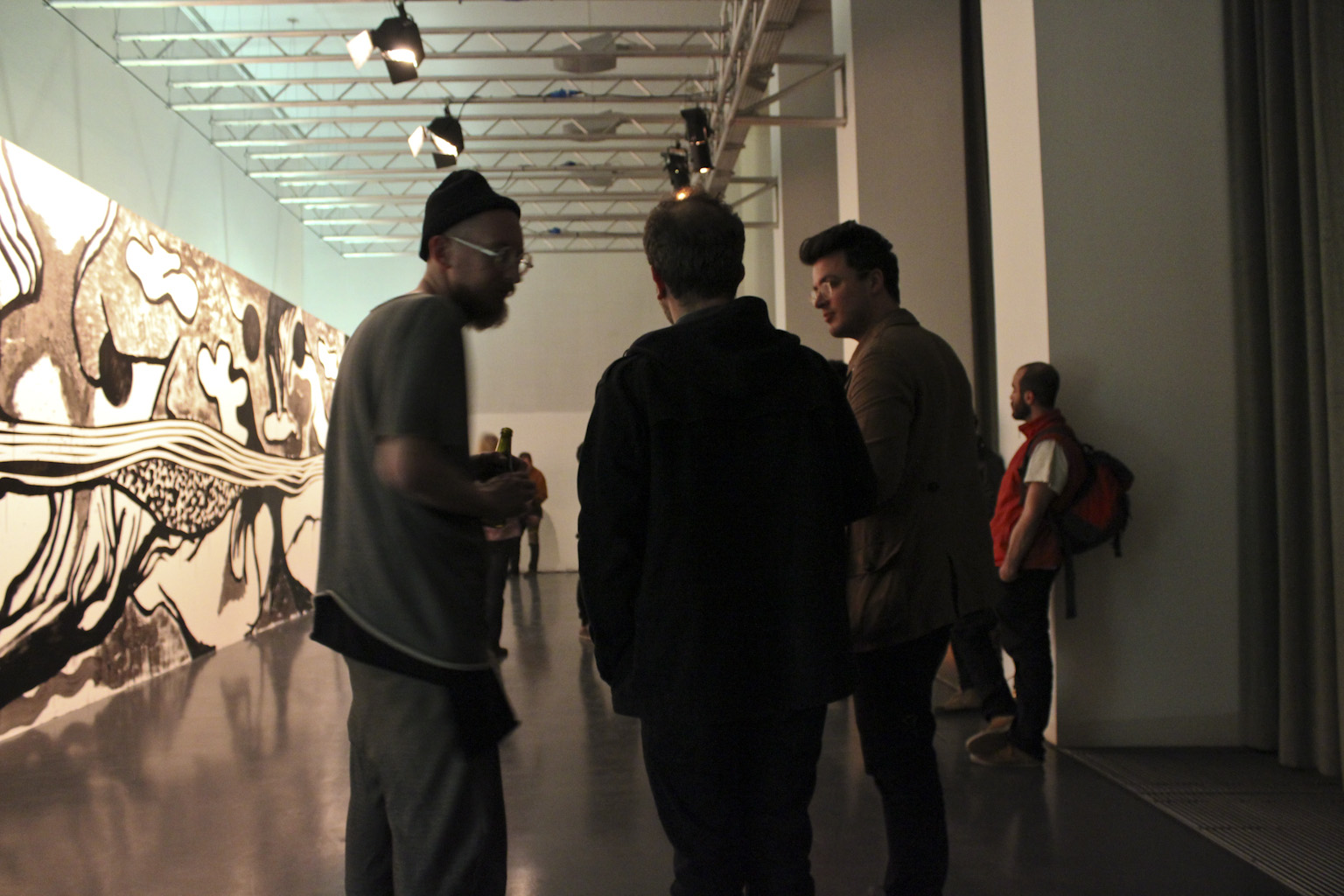 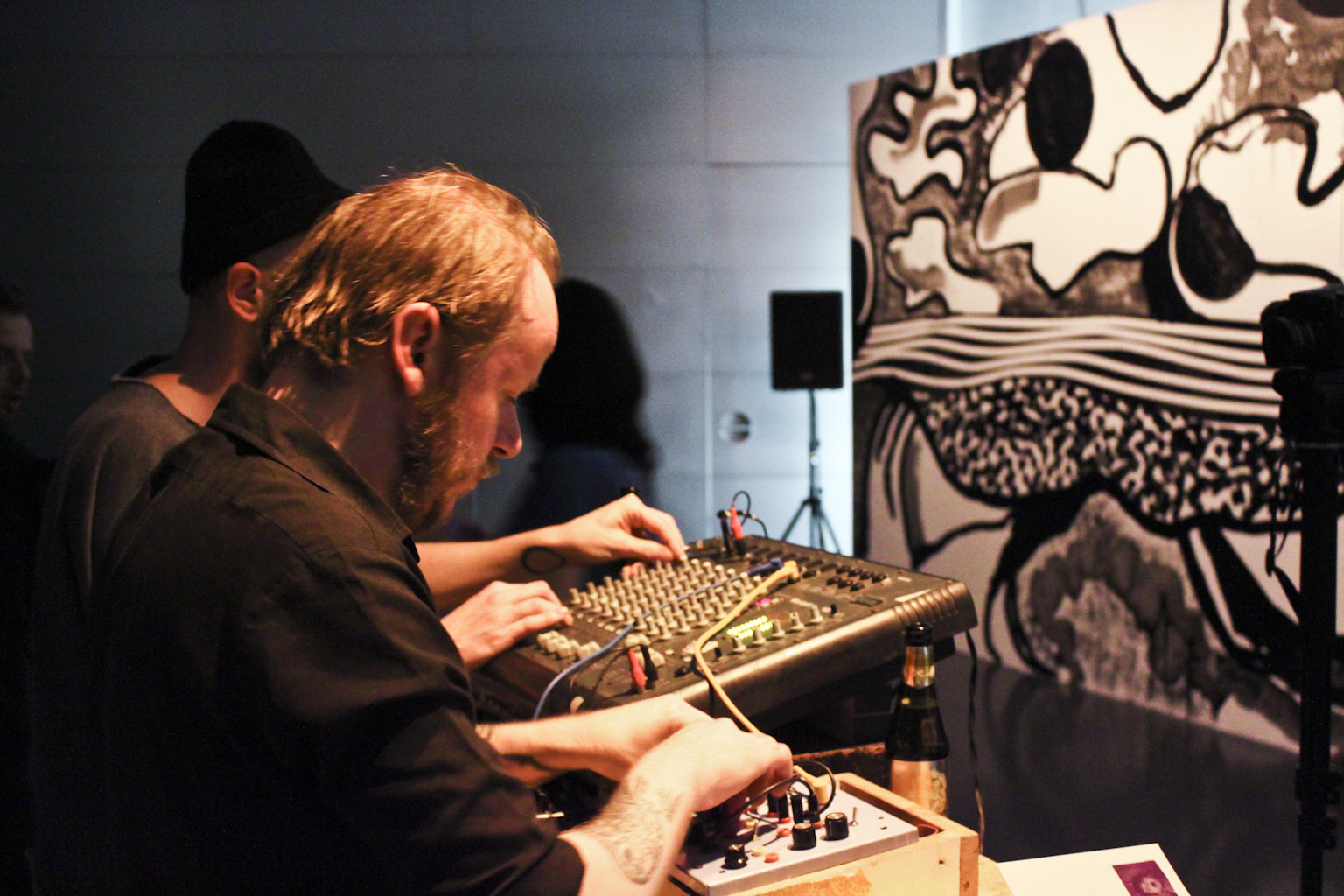 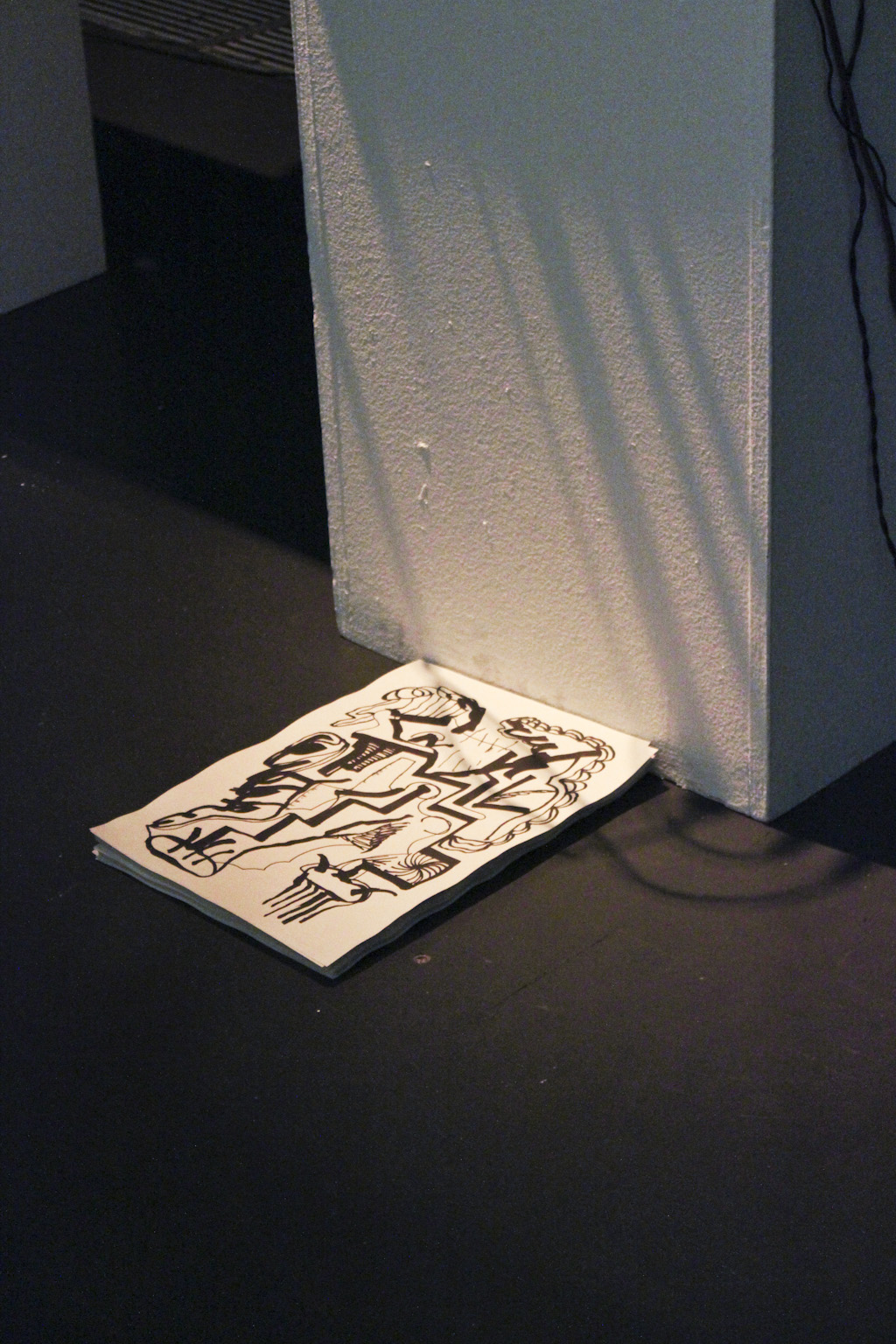 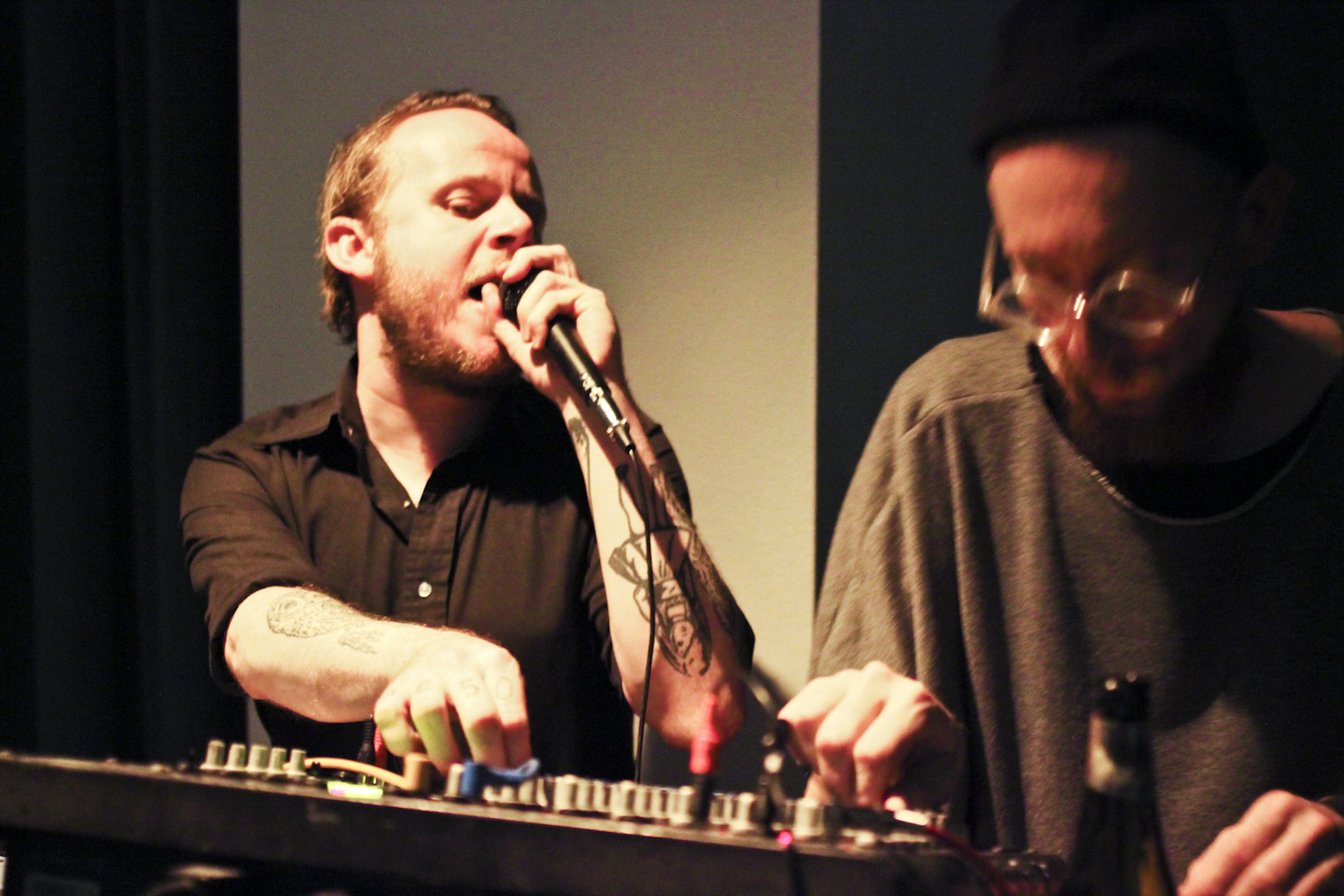 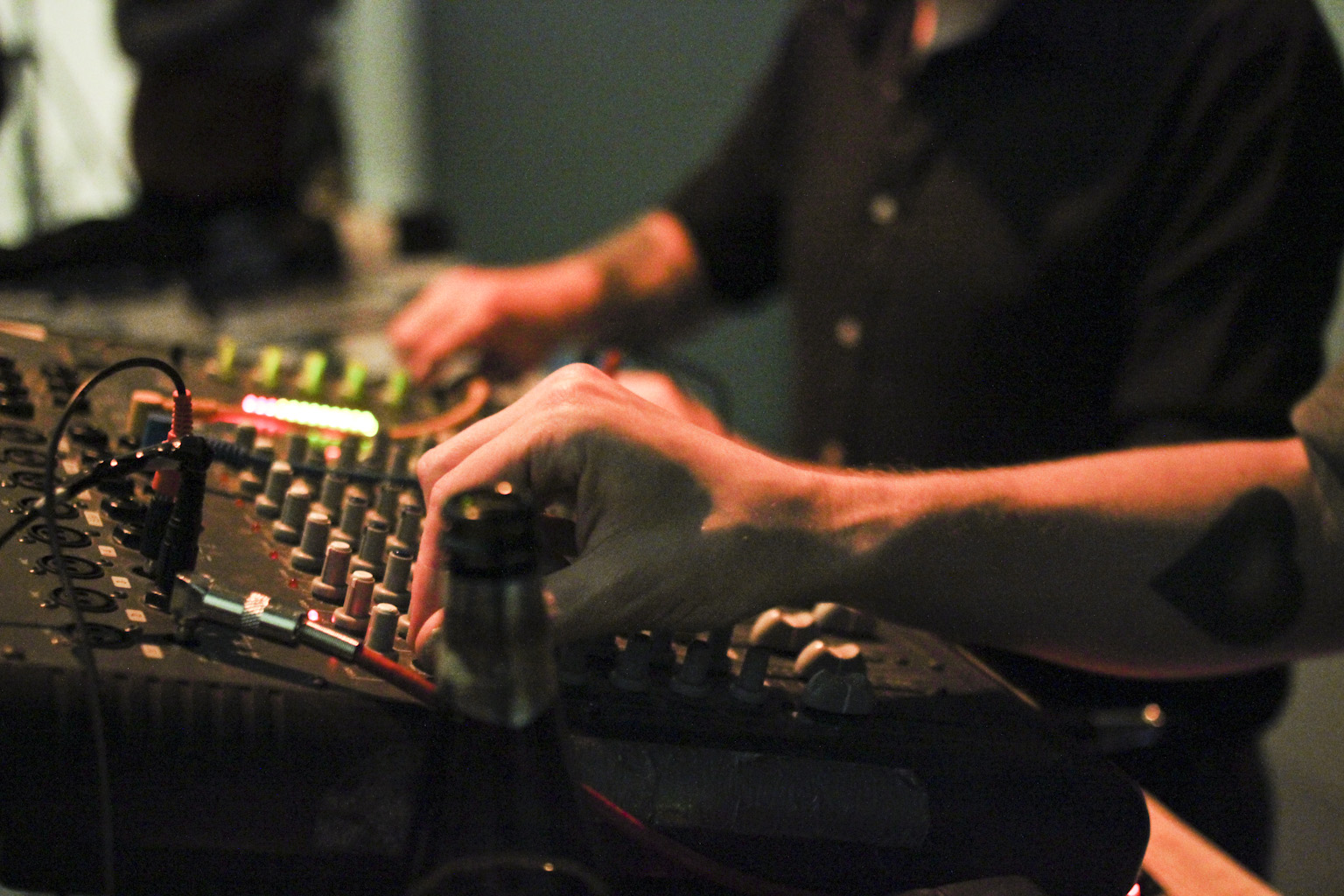 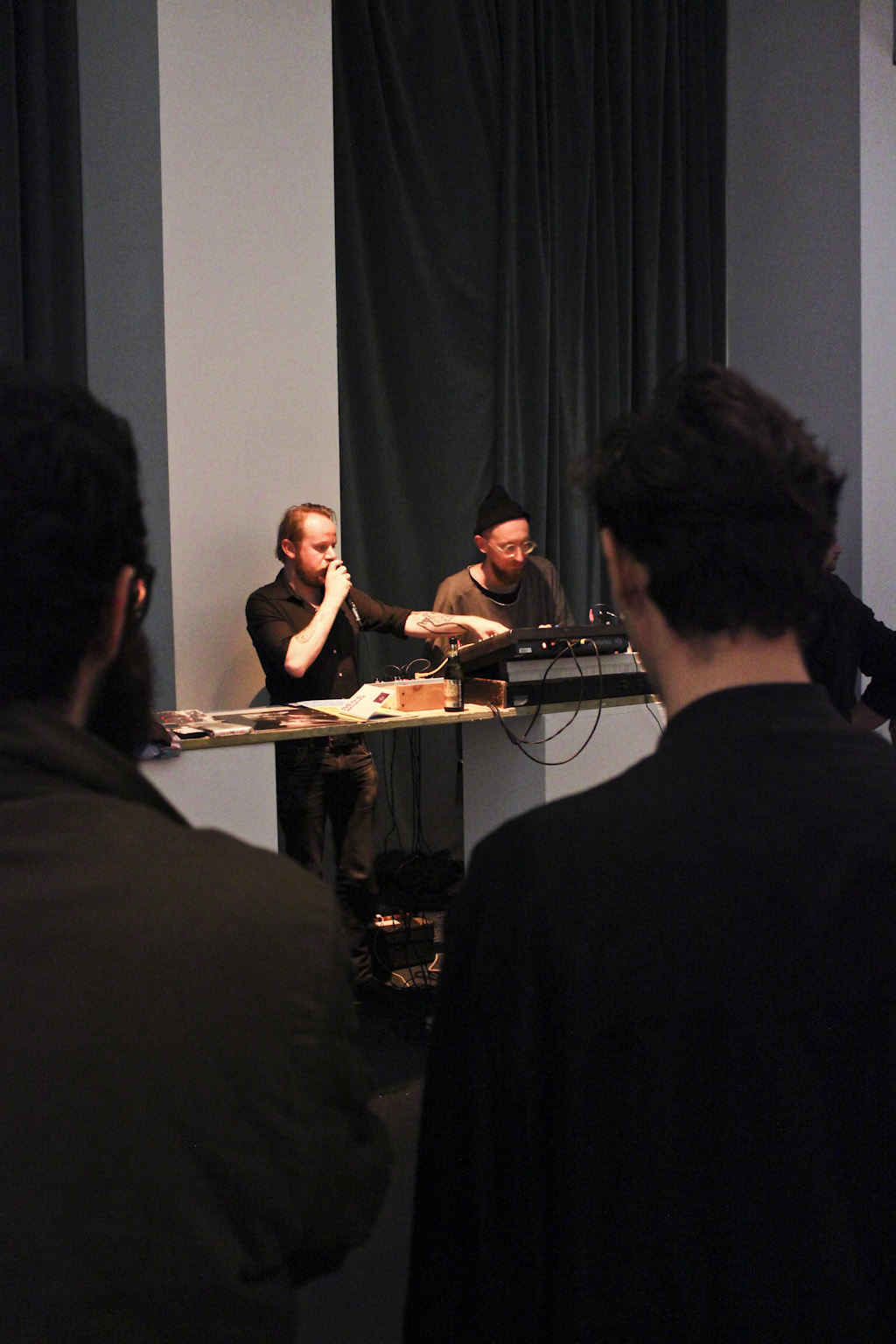 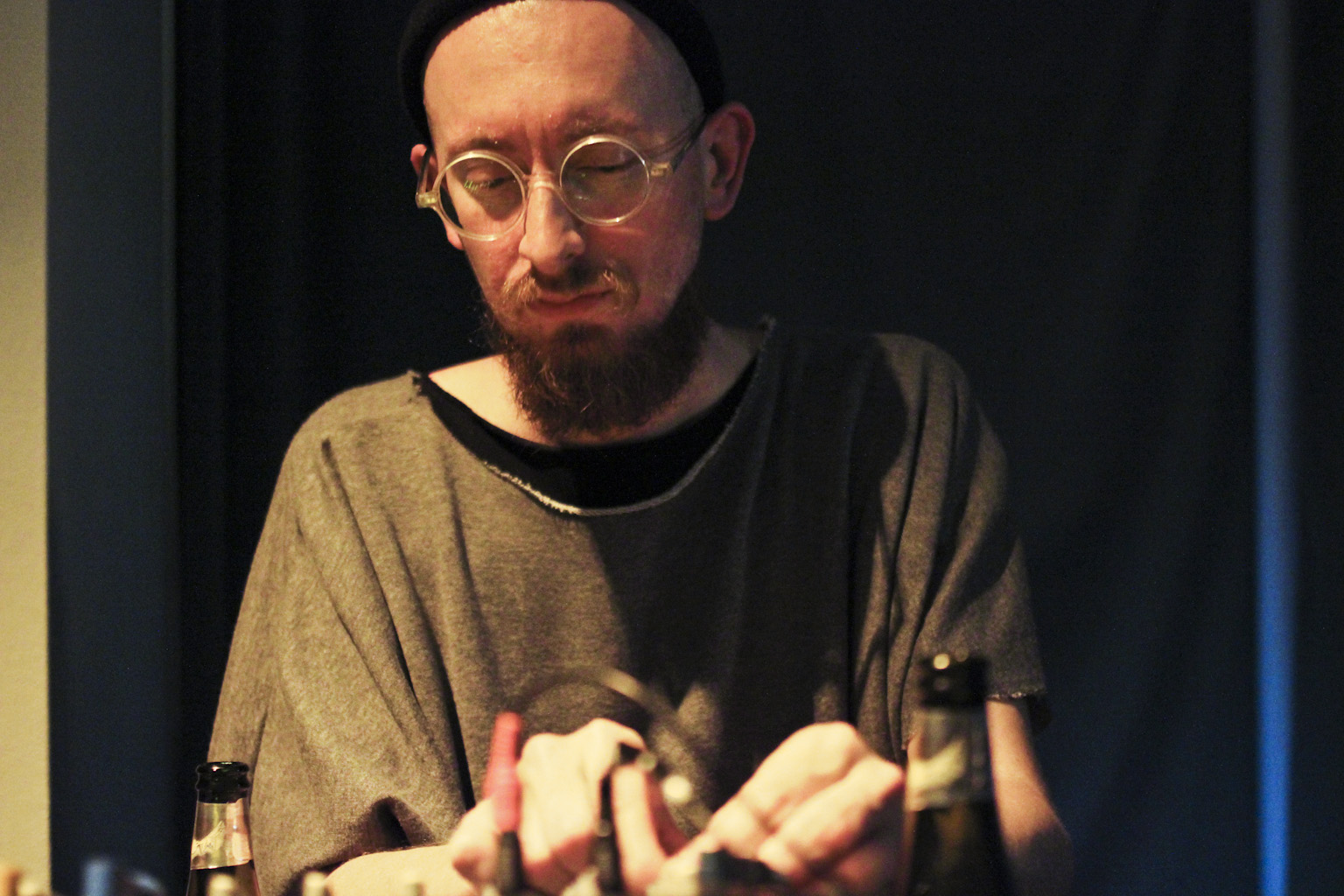 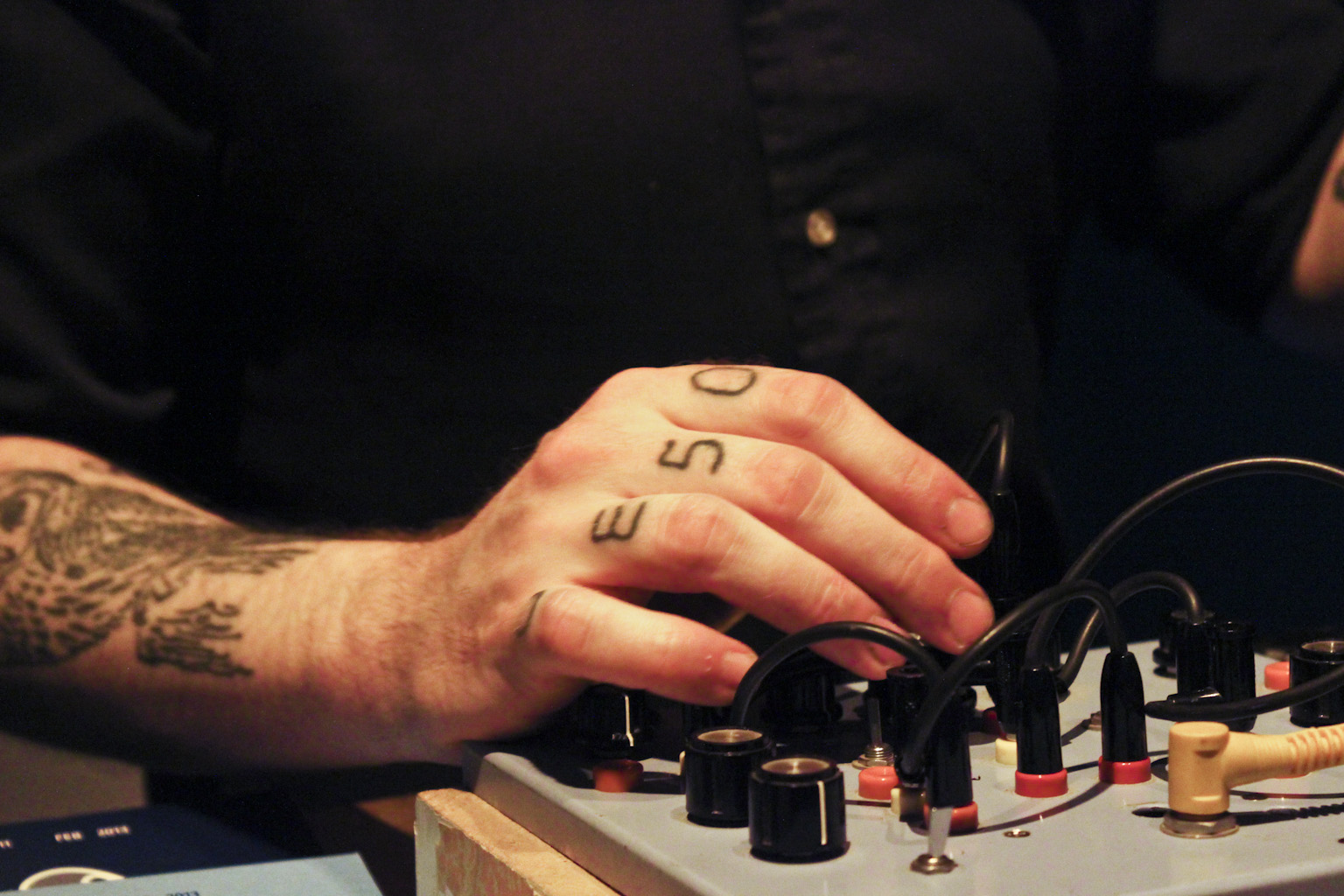 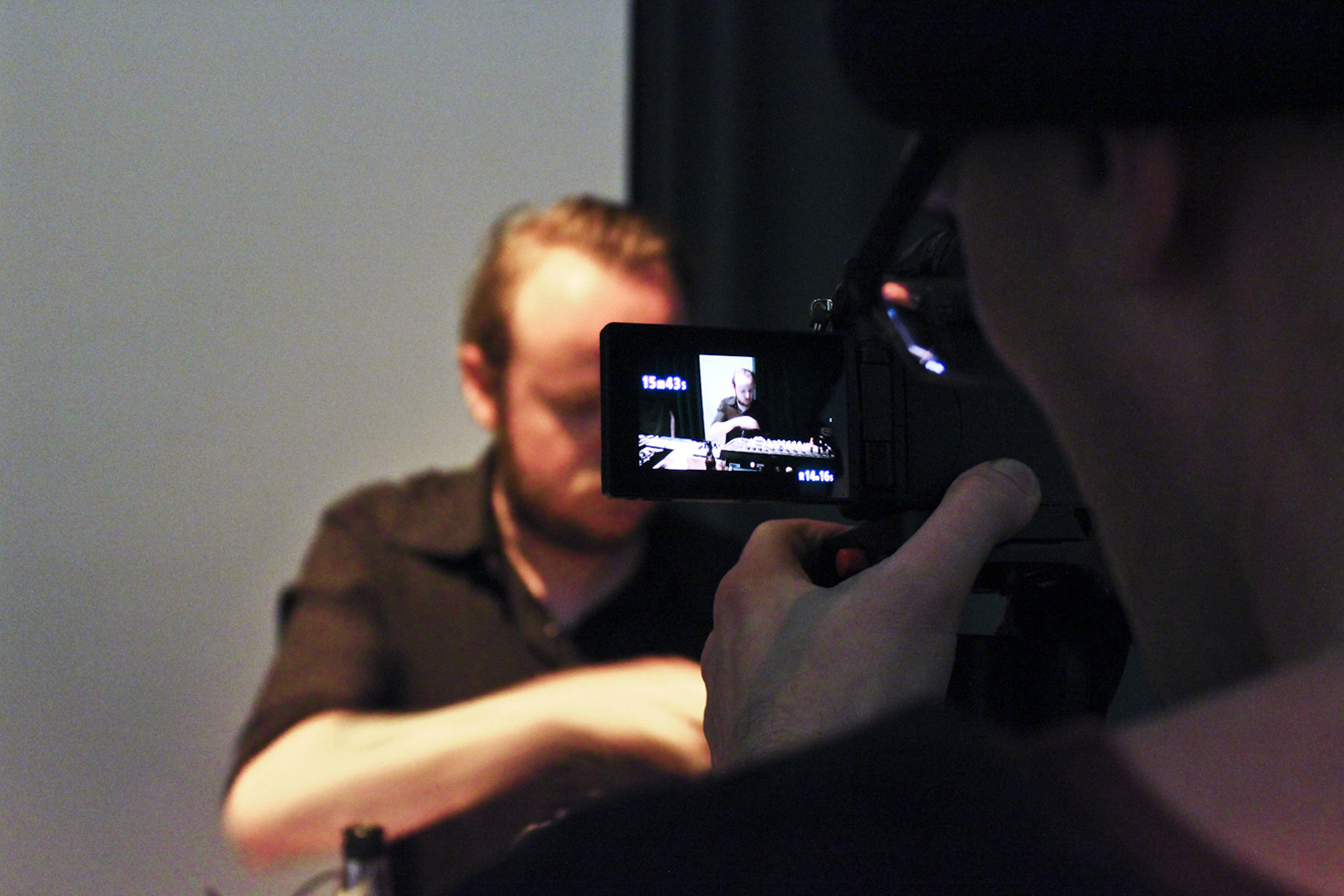 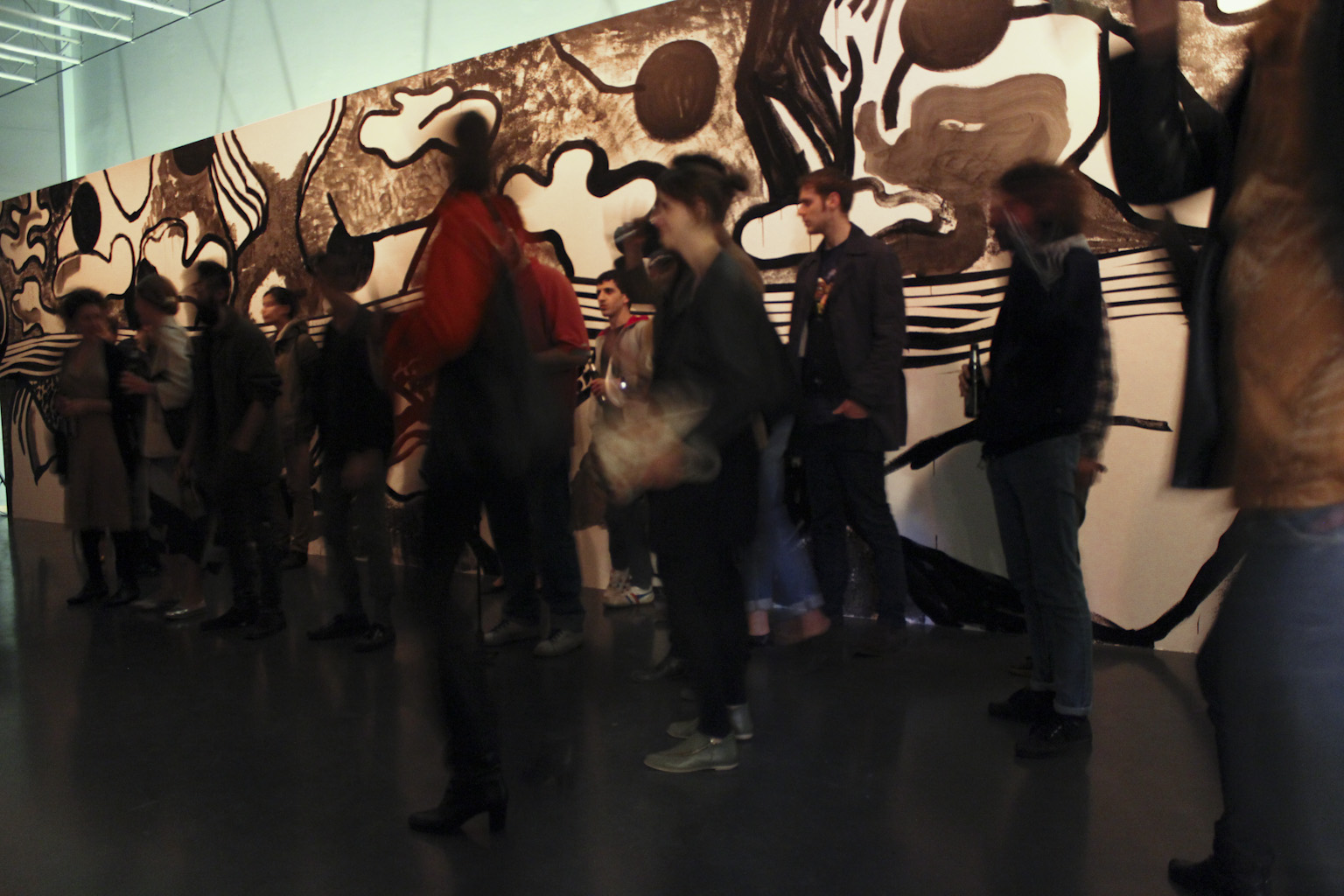 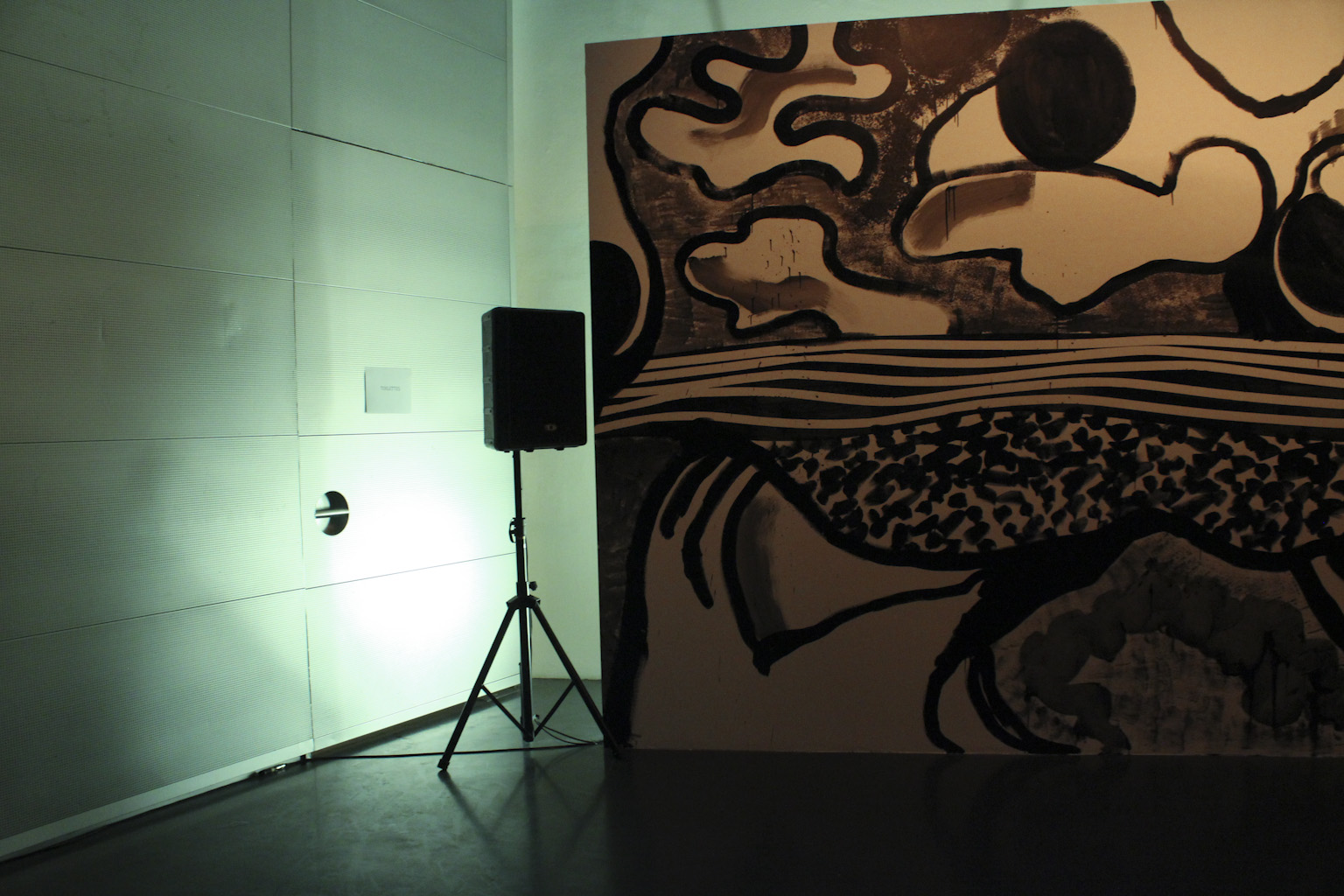 I’M HOT by DENNIS TYFUS vs CANEDICODA
Dennis Tyfus and Canedicoda present I’M HOT, an evening-event featuring a completely original display created by the two artists and musicians, whose alter egos – Vom Grill and Ottaven – enrich the visual composition with a raiment of sound.
Behind the collaboration between Tyfus and Canedicoda lies the idea of an encounter/clash that alternates with moments of improvisation. By improvisation, the artists mean a spontaneous action, the effect of a “creative impulse” and a factor of “productive instinct.” The presence of an element of conflict with pre-set limits is a fundamental condition, in their view, to achieve a given result in the course of such extemporaneous situations.
In the title I’M HOT there is a clear reference to the erotic lines of the 1990s, but this can also be interpreted as the process of identification with an impulse. In the imagery and sound performance of 3 May it is possible to see an approach to gesture and meaning based on a certain idea of the instant, of personal experiences of research, practice and work, concrete and at the same time improvised.
For Tyfus and Canedicoda visual art is closely connected to the musical sphere. For both, there is a strong component of doubling, in which different personalities coexist: Tyfus and Canedicoda cover the black acrylic wall; their alter egos Vom Grill and Ottaven provide the sound to accompany the visuals. Vom Grill uses vocals, tapes and minimal effects. Ottaven uses an analog drum machine and a digital device.
The live set includes moments of overlap and others of single source. It is not possible to set a precise time limit.

Starting with drawing, Giovanni Donadini (Treviso, 1979) alias Canedicoda mixes art, music, fashion and the creation of environments with interest in manual practices stemming from research on materials and products. Since 2003 he has worked with leading fashion companies and international brands. Under the pseudonym Ottaven, Canedicoda is also active in the field of music, conducting research on sound and the body as a medium of expression of actions and situations caused by music, through repetitive and performative gestures. He lives and works in Milan, where he co-manages the concept store Gabbianacci.

Dennis Tyfus (Antwerp, 1979) is an artist and musician. He works with drawing, wall painting and video. His sound works are inspired by noise and experimental precedents, the European art avant-gardes (Viennese Actionism, Fluxus) and, in particular, the Belgian sound avant-garde. Since 2004 his label Ultra Eczema Records has been a reference point for the European underground. With the pseudonym Vom Grill he will present a new music project in which he interacts with Ottaven, also including collaboration on the display. Tyfus also works with drawing, painting, photography and video. Besides producing records and CDs with Eczema Records, Tyfus produces books and magazines, and has a radio show on Belgium’s Radio Centraal.

The Draftsmen’s Fest is a display in progress that associates drawing – seen as direct gestural expression – with the production of sound. During each of the 4 events of the program in Milan, projects will be presented by Swiss and international artists and musicians, specially developed for the Swiss Institute in Milan.
The Draftsmen’s Fest examines the syncretic relationship between drawn imagery and sound, with particular focus on the intimate, confidential rapport that happens when the spectator is engaged in a frontal way: in a literal sense, and as a metaphor of the immediate impact the sound/image pairing can bring about. The artists and musicians invited to participate return to a practice that puts sound and sign into direct relation, full of mutual exchanges and references. This practice comes from a shared source of inspiration, namely the so-called Providence school and the successive episodes in the late 1990s and early 2000s of what was to become the symbolic place of a transnational movement, from the East Coast to the West Coast, Canada and Europe, by way of Japan: Fort Thunder, an abandoned industrial complex in Providence (Rhode Island, USA), occupied until 2001 by avant-garde musicians and artists, including Brian Ralph, Jim Drain, Brian Gibson and Brian Chippendale of Lighting Bolt, and Hisham Akira Bharoocha of Black Dice.

Artists who straddle the settings, places, persons and project that, over time, have consolidated on the international cultural scene: starting with this scenario, Draftsmen’s Fest attempts to reveal a precise expressive hemisphere, occupying the spaces of the Swiss Institute in Milan with sound and signs.


Curators
Francesco de Figueiredo is the Art Director of Nero, a magazine of contemporary culture and a publishing house specializing in artists’ books, of which he is co-founder. With Valerio Mattioli, he is part of the music project “Heroin in Tahiti,” begun in Rome in 2010.
Massimiliano Bomba is an artist who works with video and installation. In 2006 he founded RAWRAW Edizioni, a publishing project for contemporary art. Since 2009, together with Francesco de Figueiredo and Valerio Mattioli, he has worked on the graphics and production of Rainforest, a music project and series of artists’ publications, which began in Rome in 2008. He lives and works in Milan and Rome.